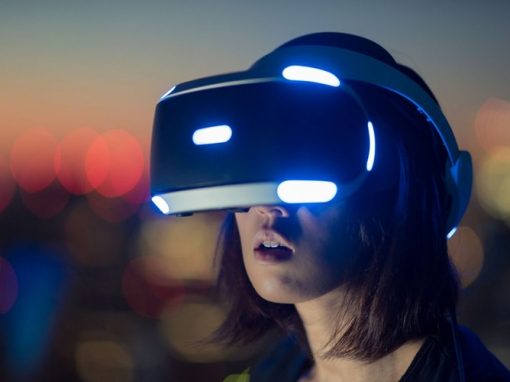 Virtual Reality… Augmented Reality… Who doesn’t feel a tingling sense of anticipation when thinking about the possibilities? But should brands really adopt it in their marketing strategies?

Who doesn’t feel a tingling sense of anticipation when thinking about all the possibilities this technology will offer?

After years in the making, Virtual Reality is picking up fast. The past couple of years have seen hype for VR soaring, backed by financial and celebrity support from the likes of Facebook Co-Founder Mark Zuckerberg, actress Nicole Kidman, and YouTube CEO Susan Wojcicki.

VR is supported with the stats, too. According to market-tracker Digi-Capital, VR and AR could be worth a huge $120 billion by 2020, ‘forever changing the way we interact with our content.’ Pre-orders of the Oculus Rift and HTC Vive have also sold out, boosted by marketing campaigns such as the Mr. Robot short VR movie, AR gaming such as the hugely popular Pokemon Go, and from a plethora of YouTuber tests, endorsements and reaction videos. The application of VR couldn’t be more eclectic: you can watch Paul McCartney perform ‘Live and Let Die’ in immersive 360, experience a 3D photoshoot of singer Jacquie Lee with Elle magazine, hop on a boat for a breathtaking ride in wild British Columbia, be part of the Apollo 11 mission, the list goes on.

Most importantly of all though is the potential application of VR for brands.

Some companies have already jumped on the VR saddle and have started to see the vast marketing potential. Have a look at this video about the ’10 best uses of Virtual Reality in Marketing’. Genius stuff in our opinion, and it’s only the beginning.

Not feeling the buzz yet? It’s true that some people are finding some drawbacks to VR. Take Kelli Richards, CEO of The All Access Group from her article titled The 4 Tech Trends that will Explode in 2016. She anticipated that VR would ‘go big on a mass commercial scale,’ but swallowing back her enthusiasm, she admitted that the format ‘isn’t quite ready for mass-market adoption yet.’

So what’s holding VR back?

The chicken or the egg dilemma: It’s been said that VR can cause motion sickness, and are there long term psychological effects too?

There are of course aspects of VR that need looking into. However, according to Kimberly Voll, Senior Technical Designer at Radial Games, ‘it’s all technologically solvable…[with] tons of ways to make this higher resolution, lighter weight and more comfortable’.

Virtual Reality is relatively easy to get going, once you have the technology. More than that though, it’s a very serious marketing tool, so before taking the plunge make sure you have all the fundamental parameters in place:

Don’t worry about the technology:

Immerse and Engage your audience:

It’s clear that consumers do want to experience VR. So be prepared: VR is happening whether we’re ready or not.

Being an early VR adopter means that a few years from now, when VR is all over our social media platforms, yours won’t be just another feed. If you want to be ahead of the game, start telling your story and start learning now! Chances are you will make mistakes, but learn from them. The stakes are too high to be overlooked.