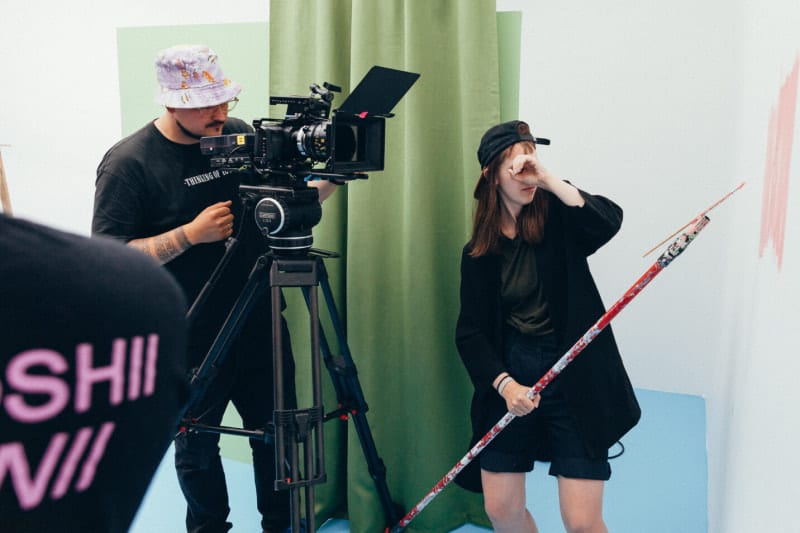 Ramping up: how to achieve video production at scale

The argument for using video at scale rests on two robust pillars:

1. Video content works and can be used across websites and social media;
2. If you have more videos, you can use them more often.

Video boosts social post engagement (by up to 20 times on LinkedIn, for example); more of your posts will have videos.

Video boosts email click rates by 65%… you get the idea. More video = good. But how do you scale up your video output without breaking the bank?

Video at scale: The Options Within The Video Production Process

The easiest way to increase your video output is to make better use of the assets you already have. A single video can be repurposed to fit various platforms or audience segments at a very low cost relative to the original shoot.

Alternatively, the creation of multiple, tailored versions of the same video could be built into the video production process.

But the efficient use of assets will only take you so far. To achieve the benefits of video at scale you will need to ramp up operations and make more videos.

You could do this in-house, but paradoxically scaling yourself can make the whole process more expensive, as you add headcount and complexity into the management of your digital assets.

Alternatively, there are automated production platforms where you input footage and output videos at very low cost, but in general you get what you pay for, and people don’t want to watch a single bad video, let alone a thousand of them.

The third option is to scale with a video production company that has an established network of creatives and producers, driving down cost without sacrificing quality. Here’s how.

Some aspects of producing your first video will be time-consuming but vital, such as making sure that the team understands the brand, its tone of voice and messaging, so it can find the right visual tone, audio vibe, and approach to scripting and editing.

Once done, this will not need repeating – a quality video production company will retain that knowledge and can use it for your next project.

The same applies to the relationship between a client team and production team – the more you work together, the better you work together, and less the chance of miscommunication. This matters to the bottom line, given that some estimates suggest 30% of the cost of making a video is in repeated feedback and approval stages.

Then there are classic scale economies from bundling certain tasks together. If you’re producing a series of videos, then it should be possible to do scripting, storyboarding and shoot stages together, which can be much cheaper than treating each like a bespoke project.

In the same vein – where appropriate – you can reuse soundtracks and lighting setups across multiple shots and different formats. All of this cuts costs, as does the presence of a skilled and dedicated project manager across the campaign.

Templates and formats for a video project allow you to make later videos in the same mould as earlier ones, reducing the work required per video by at least 30%.

This doesn’t have to come at the expense of quality or effectiveness. Indeed, repetition is central to marketing and storytelling everywhere, from Netflix binging to book series. The trick is to keep it similar enough to feel recognisable but different enough to feel unique.

Take a look at Salesforce, a prodigious producer of corporate videos. It has many playlists on its YouTube channel, and within the playlists there are clear formats at work.

Between the playlists, however, the formats are quite different, even if the overall tone – chilled, yet determinedly can-do – is consistent. Compare the above series on corporate purpose, which has lots of poignant direct-to-camera shots, with the below, a playlist of entry-level explainer videos, which use a lot more animation and chirpier soundtracks.

Repeating the same approach to video multiple times not only helps to establish consistency, it also enables you to learn what works and what doesn’t – for example, where people drop off, or at what point they’re most likely to share – so that you can improve the format over time.

The end result of deploying video at scale in this way is an increasingly powerful presence at the cutting edge of communication.